Jimi Bell is a household name within the entire music industry, having worked with legendary bands such as Joined Forces.   Ozzy has been judged and criticized for making Bell the second choice to Zakk Wylde.  Bell’s eligibility is manifested in the form of endorsement from the Kramer Guitars, a group that understood his talent and in retrospect, forwarded his name as the only endorsee to benefit from the top-notch exposure. 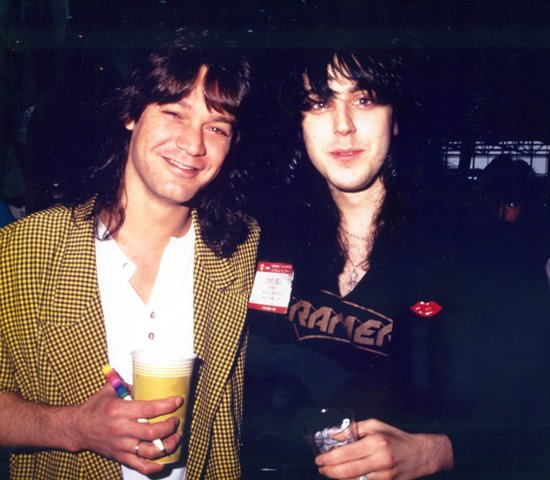 The guitarist has worked with the best artists in the music industry as a result of his considerable abilities. His venture into the House of Lords, for instance, has given the guitarist a lot of audience in the European region. Part of House of Lords is a smaller version called Maxx Explosion’, which has played well in the United States with this guitarist’s backing.

The kind of contracts to which Bell has been called is indicative of his talent as a guitarist. Shortly after coming second to Zakk, he was called in by Geezer Butler, a bassist from the band called Black Sabbath’. He recorded some music and at least one video, but the contract was soon terminated because the man in charge of Geezer Butler in the recording process was alleged to have misused a lot of funds, although the video still circulates in the industry.

Billy Sheehan was the next person to offer Jimi Bell an opportunity, another legendary bassist from the group Steve Vai and David Lee Roth Fame’. However, the group had a favorite guitarist that was yet to accept the offer and Bell were therefore expected to play second fiddle. The frequency of contracts and quick transition expressed by this guitarist indicates that he was a better choice compared to Zakk Wylde.

Bell has experienced a lot of turbulence in the industry, but this is one hard-lined individual that is prepared for the job. After battling cancer, the guitarist is still recording with ‘House of Lords,’ a band that he joined in 2005. Earlier this year, the band released its new album, one that has received rave reviews within the progressive rock and heavy metal music genres.

Besides being a guitarist, Jimi is the whole package.  Jimi has inspired many guitarists.  Given the opportunity, he could have made a better candidate for Ozzy because he is a multi-talented individual, endowed with tremendous collaboration abilities. No offense to Zakk as he’s a great player and a very nice person, but one must wonder what would’ve Ozzy sounded like with Bell on the strings?