You see an ad on Facebook from a TTM Guitar Company offering endorsement deals and free gear.  To the average bedroom guitar player, this is like a dream come true.  But is it?

Welcome to the world of TTM Guitars.  The brainchild of Lance Benedict. TTM Guitars was making a comeback last year and even had a booth at NAMM 2018.  Fast forward 18 months later, would the lousy stigma from 2009 that plagued this company with ripping customers off, not offering refunds to customers after waiting a year plus for their guitar, promising the USA build when the parts were from China, blocking paying customers on social media for asking questions as to where their orders are, and the dozens of other issues?  Not much has changed for TTM Guitars.

TTM Guitars boasts a bunch of top tier guitarists endorses them.  Motley Crue, Rush, Ratt, to name a few.  Wait, Alex Lifeson? From Rush? Benedict back in 2010 made an “inaugural” guitar and gave it to Lifeson. Does giving a guitar to Lifeson make him an endorsee? Absolutely not. On their Hall of Fame page, they have a small asterisk in fine print that says, “The above list are actual artists we have either made or are making guitars for.”

Let’s take Alex Lifeson, for example.  He’s endorsed by Gibson Guitars and has an exclusivity clause in his endorsement deal which means he can’t play any other brand of guitar.  Benedict and his shady advertising to try and appease potential customers and/or endorsees could put Lifeson in Jeopardy with Gibson for a possible breach of contract.

Let us move on to the endorsement deals.  I could spend the next 15000 words trying to explain this, but Levi Clay made an excellent video on the many questions of this shady practice. Levi made a deal with Benedict to take down the below interview in exchange for him to ship a TTM guitar to him.  That never happened.  Imagine that?

If you read the many threads on the internet, many customers have said they’ve given Benedict money for their “endorsement” deal yet after almost a year or more; they haven’t received their guitar or a build status.  When someone starts questioning Benedict, they mysteriously get blocked from TTM’s social media pages.  I keep hearing about people who are out over a thousand dollars and no recourse.  What I don’t hear people saying is that they’ve gone to there local police department and make a complaint about money being taken under false pretenses or sued him.  The State of California has some of the strictest laws when it comes to consumer protection.  We’ll get back to this in a minute. 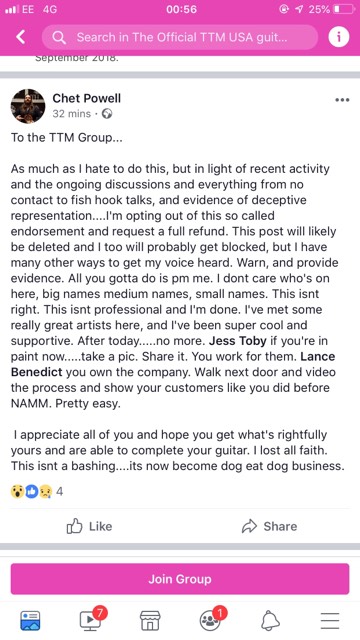 We’ve spoken about Benedict using top musicians and making it look like they’re “endorsed”  What happens when an artist messages him and demands that he take down their photo on his site?  He either usually ignores them or tells them to get a life.  Ask Rik Fox or Joey Tafolla about that. 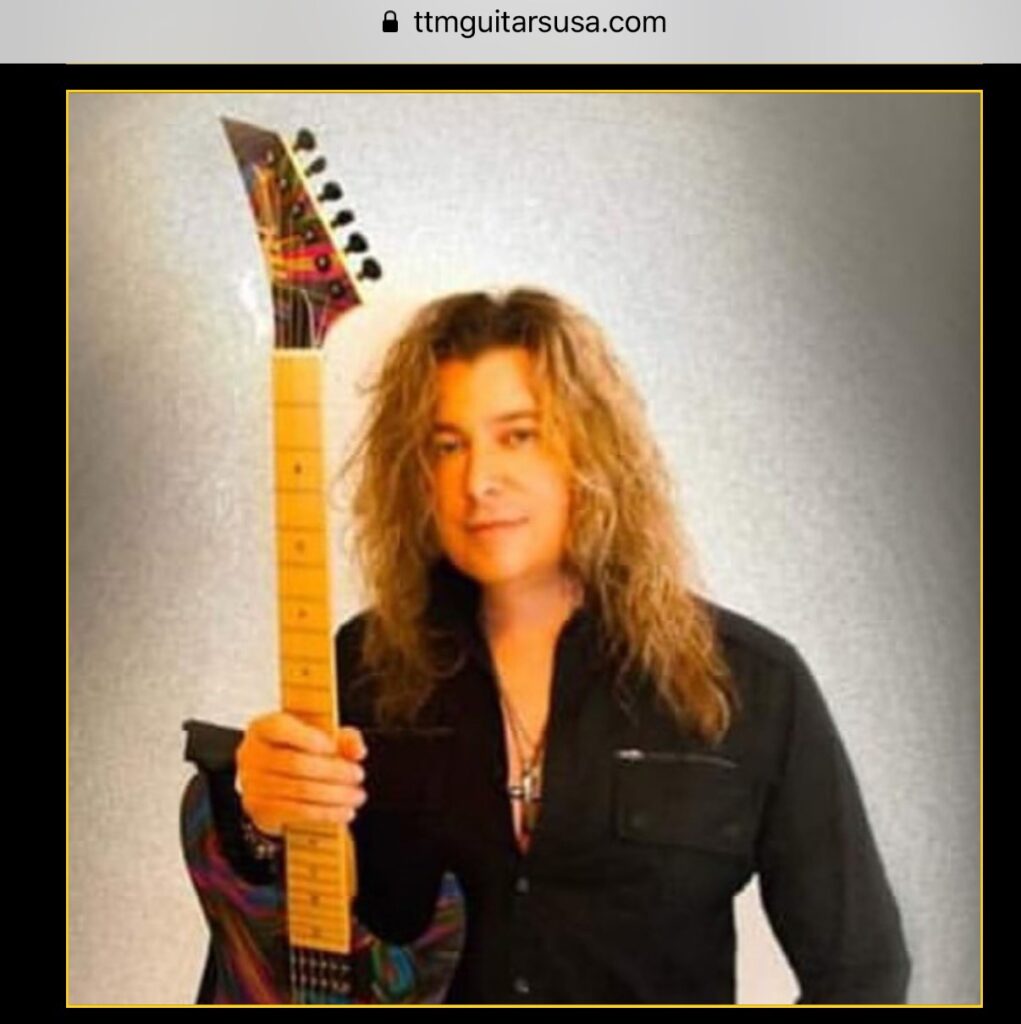 Are you an “artist” and trying to email TTM?  Good luck!  We tried emailing them to their artist email, and it came kicked back saying no user found. 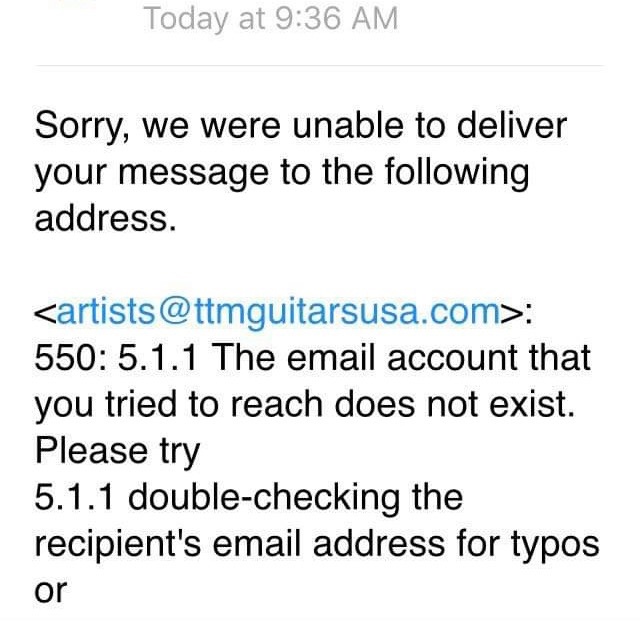 You have one of two things going on here.  One, you have a smooth con man manipulating bedroom YouTube to touring guitarists promising them “endorsement” deals/guitars and taking their money with no intention on delivering.  Or 2, a business owner who doesn’t know how to run a guitar company.  You can make your own conclusions.

If you’ve been stiffed by TTM and can’t get your money back, you do have recourse.  If it’s been too long for you to dispute through your credit card company, obviously contact your local police department and make a report. You can also contact the California Attorney Generals Office to make a consumer complaint against a business.  The AG’s office in California has the authority to take action or refer your complaint to a more appropriate agency.

Always do your homework when seeing ads for endorsements and free gear. Most of the time, you have to invest a lot of hard work and dedication to your band before you see your first endorsement.

If you’ve been a victim of Lance Benedict/TTM Guitars and have sent them money for a guitar he’s never given to you, Please use the following link:

You don’t have to be a California resident to file a complaint with the Cali AG.

You can always contact your local police or a local attorney to see if there are any criminal or civil recourse against Benedict and TTM Guitars.