MATHIAS HOLM KLARIN is the guitar player of the Swedish prog metal band MindSplit, and this is his new solo album.

– It’s an instrumental album with songs I’ve written since my first release in 1996/1997. I would describe it as a melodic shredding guitar album with superb drum playing by Jon Skäre and tasty bass playing by Conny Payne.

if you had to choose one artist (I know this is hard) but if we had to say “recommended for fans of XXXX” who would that be?

– Hmm as you said, very hard. But maybe fans of Tony MacAlpine? The album has many different styles, so you will for sure hear much more influences I’ve had over the years.

how does it differ from your previous recordings

– Only the development of myself I guess.

What was the goal of making this album?

– I just wanted to release the songs to move forward.

Any particular influences towards music or lyric subject?

how long did it take to make this album?:

– Faaaar too long because of many different things. 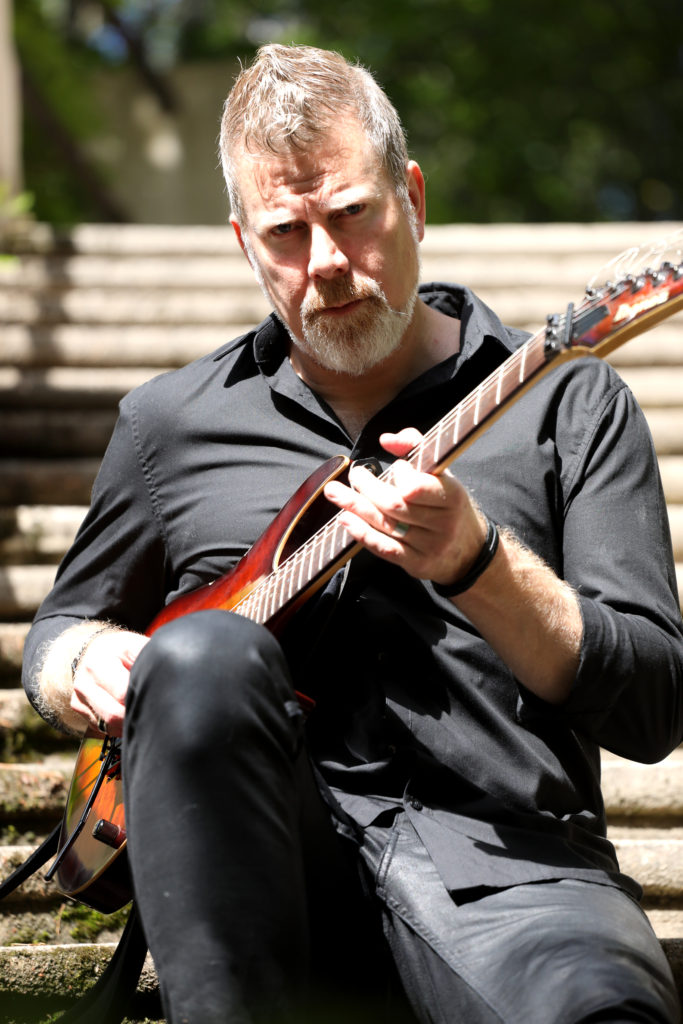 what have the different musicians contributed to the result?

– Jon and Conny are great players, so their playing has made the album better. I always let Jon hear my ideas first and then do whatever he wants with the drums; he always makes me happy! Conny and I work very well together, so we arrange the bass in the studio when we record it. He has great ideas, and I love his tone and vibrato. Both Conny and Jon has been playing with me since I started to record the songs for this album, I love them!

Musicians on the release:

– The music on the album is written, produced, mixed and mastered by Mathias Holm Klarin
– Drum recording by Jon Skäre
– Words on ”In tears” by Hans Birger Andersson