Shawn Lane is the best guitarist that ever existed on earth according to many people. This is because he possessed some unique qualifications in playing guitar that made him stand out. He was well trained in playing guitar, and he could perform at his best whenever given a chance to do so. Playing guitar was the best hobby of Shawn Lane. He played Indian music skillfully and mastered many Indian songs.

As mentioned previously, Shawn Lane was qualified in playing guitar, and he would also be the best in every function he would attend.

He could play guitar faster than anyone else in this society.  This is a skill that never existed in many guitarists of that time and today also. When a guitar is played faster and skillfully, the harmony of the music comes out clearly. Shawn Lane was perfect in this which also made people love the way he played the guitar, and this made him a great guitarist.

He had mastered Indian Music, complex phrasings and blues Indian language is a bit complicated for many people. It takes a lot of time to learn, and this means that even cramming the words in Indian music is usually quite a difficult task to many people. 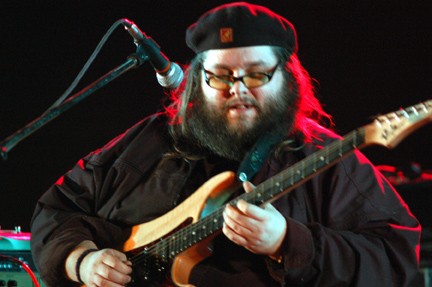 However this was a different case with Shawn Lane, he mastered Indian music and those mentioned above perfectly. He could play the guitar well because he understood the songs, their keys, and their tones.

Playing Pentatonic was a unique skill that many guitarists of that time and today could not achieve. Being pentatonic, Shawn Lane had the capability of playing five tones at one time and fast speed. He had an extra-ordinally speed in guitar playing. It is also important to note that he had high and advanced composing skills than all other guitarists.

He was very versatile playing five tones at one time with his guitar, Shawn Lane was flexible and able to adapt to various styles of music and ways of playing guitar which made him perfect for an invitation to many functions.

He could switch comfortably from one style to another so long as he made his audience comfortable and satisfied, unlike other guitarists who only specified with a particular method and music.

Shawn was Self-Motivated and Self-Educated. The motivation to learn how to play guitar perfectly came from within him. When somebody who has an interest in doing something, he puts more effort to ensure he produces the best results ever.

This self -education and self-motivation is what pushed Shawn Lane to practice and put more effort into learning and perfecting guitar playing which finally made him the best guitarist in the world so to say.

Shawn Lane is one of few that stands out be the best guitarist who ever existed in the world. It is right to say that talent and intrinsic motivation to learn and play guitar is what made him one of the best!