Samantha Fish is a person you’d call a triple threat in Football.  She sings, plays guitar and puts on one hell of a show.  With her new release, Kill Or Be Kind, she’s ready to hit the road and expand your heights to new fans with her stellar guitar playing. 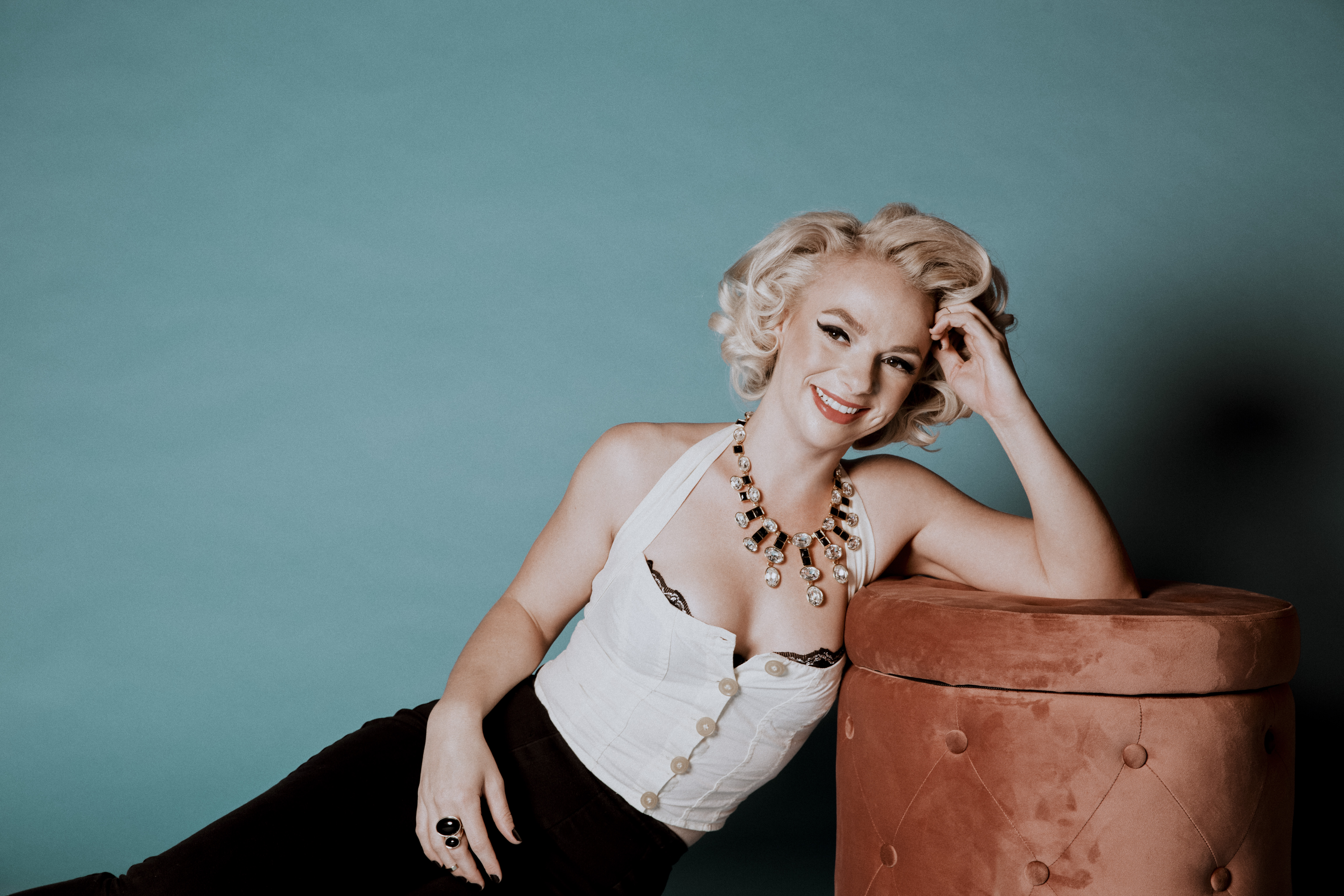 Anyone who has ever heard Fish’s previous albums knows that she has earned a place in the top rank of contemporary blues guitarists and that her voice can wring the soul out of a ballad and belt out a rocker with roof-shaking force. And, rest reassured, those virtues are entirely in evidence on Kill or Be Kind. But each of the songs on the album does far more than provides a setting for Fish’s pyrotechnics. They tell captivating stories, set up by verses that deftly set the scene, choruses that lift with real feeling, and hooks that later rise in your thoughts, even when you’re not aware that you’re thinking of music at all. It’s the kind of songwriting that emerges when raw talent is leavened by experience and aspiration, and when a committed artist genuinely has something to say. Those qualities make Kill or Be Kind a genuine artistic breakthrough for Fish.

I spoke to Samantha this week to discuss Kill Or Be Kind.

Did you write all of Kill Or Be Kind or did you have writers collaborate with you?

SF: I worked with a few different co-writers on this album. I hooked up with my longtime collaborator Jim McCormick, and we played together. We wrote the bulk of the material on the album, and I did write some by myself. The theme of this record early on was I  stressed out as a writer, and I worked with all of these different incredible songwriters from Nashville to Los Angeles.  I feel like it helped me grow as a songwriter. It’s nice to get another perspective in the room, where would another person take that?  Katie Pearlman has keen pop sensibilities.  She has an ear for catchy hooks.  Jim McCormick is like the lyric Doctor who focuses and hones in on telling a story.  I handle the music portion of it.   Guys like Eric McFadden I was jamming with on guitars, and that’s how a song came together as we were writing the guitar parts.  Kill or Be Kind was born out of that whole collaborative spirit.

Did you have full creative control over the making of the video for Bulletproof?

SF: It was initially going to be a live video, and they loved the silver suit and the red diamond eye thing so much that it became a part of it. It worked well with the song.  It’s about putting on a mask and hiding your vulnerability and having to be yourself in a world that requires you to be, not entirely bulletproof — the live video portion we recorded over several shows during the Jazz Festival in New Orleans.  I wanted to put together a rocking live video too.

Do you have a favorite song on the album?

SF: It’s hard to say.  We’re getting ready to do our album release shows; I like all of them for different reasons. Mostly because they’re new to music to play music. Since I’ve been back in the rehearsal room working them out, I mean bulletproof is always a crowd favorite. We’ve been playing that one since the video came out people love the cigar box guitar. They eat it up. It sounds so weird and cool. It’s kind of is hypnotic. I love the horn arrangements on songs like Dirty and Love Your Lies are going to be fun to play.

How do you think you’ve evolved as a musician?

SF: It’s always tough to sum that up. I feel I’m more mature, especially with this album. I’ve done a lot of interviews, and I’m trying to think what’s different about me now than when I was doing Runaway? The themes are more mature.  I’m more confident. I’m less fearful of stretching too much. 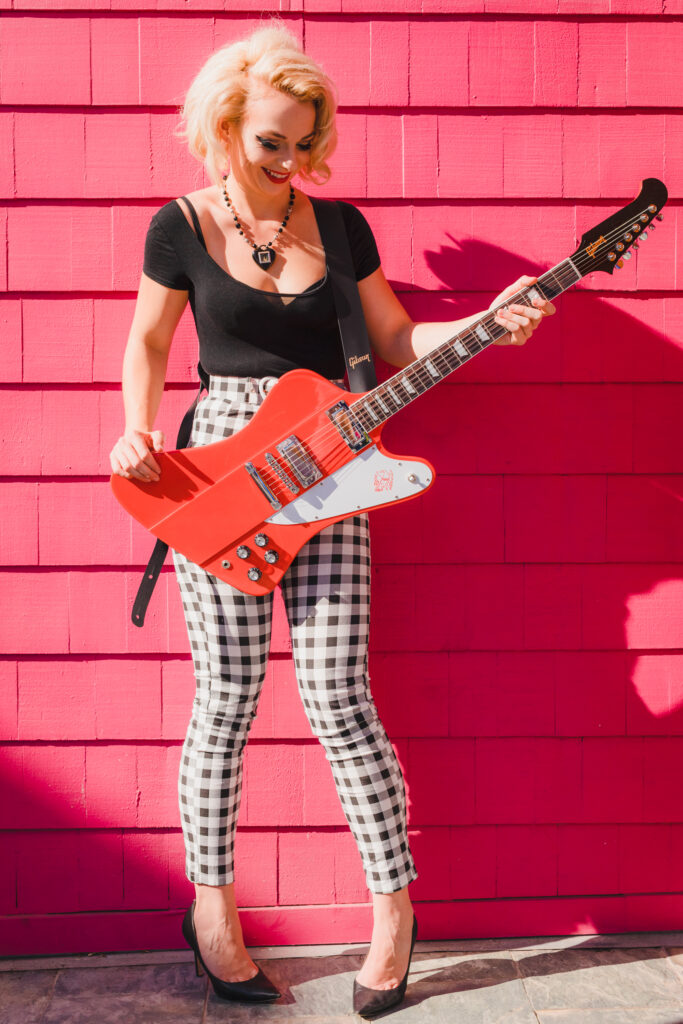 When I first started, I was like, okay,  I want to be accepted so, what’s going to be a great introduction but not also piss people off.  I’m playing the stuff that feels good to me. I’m embracing just who I am as an artist. I feel like that’s kind of where I’m at nowadays. The genres are more stretched out now.  Someone can’t say I’m just blues or one particular style.

Do you write the lyrics or music first?

SF: Sometimes, I’ll have pages and pages and pages of lyrics with no music to go to it. Then sometimes I’ll just come up with a melodic hook and start writing the song from there. I’ll be humming something in my car, and it’s like, oh, that’s cool. Or, I’ll have one little phrase, it just feels like a hook, and you build the story from that.

A lot of times its little pieces like that and then you have to go and work on and make it something.

SF:  It gets more and more complicated every day to be completely honest. Other than playing a Category Five Amplifiers, I have too many guitars.  I’ve been working with Fender; I have a Gibson SG, which is my go-to guitar, to be honest.   I’ve had a long-time endorsement with Delaney Guitars whos a boutique company out of Texas. I’ve got a couple of exquisite instruments from them. My pedalboard is getting crazy.

For more information on Samantha Fish, tour dates, and where to purchase Kill Or Be Kind, please visit her official website at https://www.samanthafish.com/