JOURNEY founder and only remaining original member NEAL SCHON, while on the current Journey & Def Leppard 2018 Tour with wife Michaele Schon–who has been at the legendary guitarist’s side for his busy touring schedule for over 8 years and approximately 1000 shows–is paying tribute to former lead singer, STEVE PERRY, with a nightly dedication and moving performance of the band’s 1978 hit single, “Lights.” Co-written by Schon and Perry, “Lights” was featured on the band’s 4th full-length album, Infinity, and has become one of Journey’s most popular and easily recognizable songs. 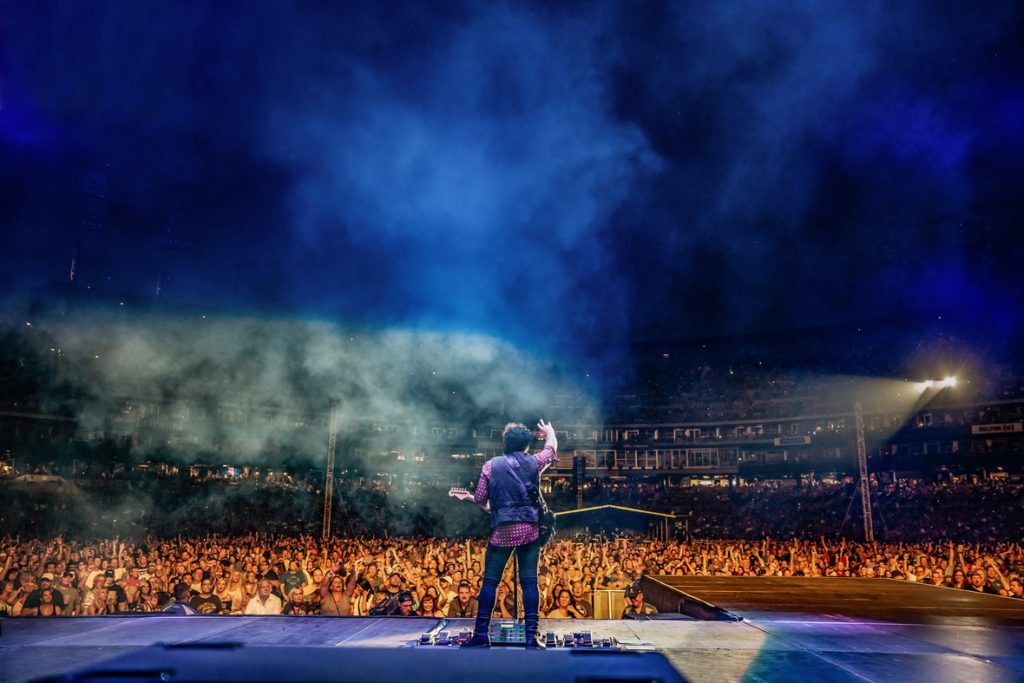 ‘I’ve been hearing that he’s been showing up in the same coffee joint that I go to all the time,’ Schon says. ‘Hopefully, I’ll run into him soon. We had a great meeting when we met for the Hall of Fame. I realized there was still a very deep connection there. He’s had nothing but very kind words to say about myself. I’ve done the same for him. The mutual respect is there. One step at a time. I’d just like to get to know him again and see where he’s at. But I can surely tell you that I would love to just have him come and just mess around one day at Narada’s studio with the three of us because I think we would turn out something that he would really dig.’”