If you don’t recognize Warren DeMartini’s name, maybe you know the nickname Torch, or Ratt, one of the most successful metal bands in the 1980’s. Born on 1963, he soon developed a taste for music, in particular for the guitar.

When he was 15, he bought his electric guitar, and this was when he took his first lesson. Clearly, he had a gift because, not much time after that, he formed his first band – The Plague. 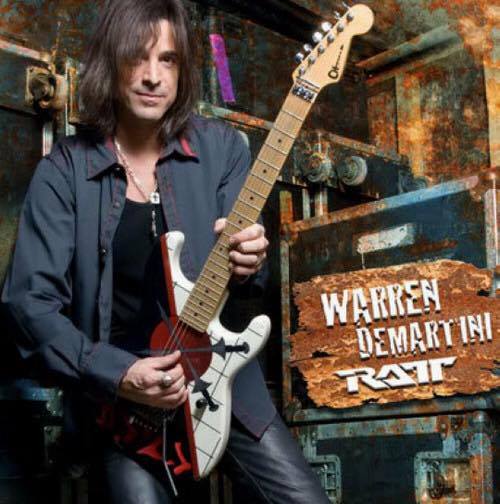 While still in high school he joined different bands, and it was in 1979 that he had his first concert. At only 16 years old, he won the “Best New Guitar Player in San Diego” at Guitar Trader on Clairemont Mesa Blvd.

Despite DeMartini, he always kept his music, and different bands close, he still went to college. However, during his first semester, he had the opportunity to work with Mickey Ratt, in Los Angeles. Music has always been his passion, so he dropped everything and went to Los Angeles. At this point, he had no idea Ratt were about to be formed.

Ratt fans simply loved Warren. The way he led the band and he also co-wrote some of the Ratt’s biggest hits like “Dance,” “Lay It Down,” “Round and Round,” and “Way Cool Jr.”  They were a tremendous hit in the 80’s and people still remember them after almost 40 years.

DeMartini’s and Ratt’s fans were very disappointed when the band broke up, and each member followed its direction. In the case of DeMartini, he passed through a couple of groups just before he decided to go solo. He released his work in 1995 and 1996. In the same year, Ratt got back together and still launched two more albums. However, things were not the same neither for the band or the fans. Ratt’s last album, Infestation, was an incredible record.

Warren as a great guitarist continues to go from band to band.  He also took the time to design the Charvel Warren DeMartini Signature Snake – Ready to Ratt-n-Roll guitar designed to his exact specifications.

With such a bright future ahead, it’s disappointing how he didn’t have a clear shot in his career. Looking back, the only opportunity he had was when he joined Ratt. However, with all the break-ups and reunifications, Ratt lost their mystic.

Considered by many one of the best guitarists in the world, we truly hope to see more of Warren in the future.