In another twist of the ongoing investigations of Lance Benedict and the now-dissolved TTM Guitars LLC, a former business partner is suing Benedict in Los Angeles Superior Court.

According to the complaint which is below for your viewing, Chris McKenna and Step Ahead Music LLC entered into a Member Agreement partnership with Benedict by investing $100,000 into TTM Guitars for a 36% ownership stake in January of 2019.  Benedict promised to take care of the paperwork with the California Secretary of State, and he never did.

Mr. McKenna claims the Benedict was entering into third party “Franchise Agreements” with individuals and not consulting Step Ahead Music LLC.

As we’ve reported previously, Benedict dissolved TTM Guitars LLC in early August to what seemed like to avoid the ongoing state and local investigations into Mail, Wire, and tax fraud along with labor law violations and commerce.

We’ve also reported that Benedict entered into a similar agreement with Jess and Pat Toby, much like Mckenna’s deal as Benedict was using their northern California shop to product his USA made TTM Guitars.  As of right now, no TTM Guitars are being made in the USA

We reached out to Mr. McKenna’s Attorney Steven Lamb, and Mr. Lamb stated that Benedict has been avoiding service of the complaint for the past month.  Mr. Lamb also noted the Federal Bureau Of Investigation is involved in investigating Mr. McKenna’s allegation of fraud,

Benedict has been very active overseas in Europe, setting up shop with his new business partner, Jean-Philippe Bleys.  We reached out to Mr. Bleys and told us that “These rumors are from ten years ago and are quite old.”  We supplied Mr. Bley’s of copies of all of the recent accusations of mail wire and tax fraud and fraud against individuals by not sending their guitars or refunding them.  We haven’t received a response as of this writing.

NAMM let Benedict become an exhibitor at Summer NAM 2019 and have since blocked him from any future events.

In other developments, according to our sources, The United States Postal Inspection Service is going to recommend charges to the US Attorney’s Office against Benedict.  The timetable for this is unknown, as this is still a very active investigation.

The California Attorney General’s Office, Department of Oversight, Revenue, & Labor and the State of Washington Department of Financial Institutions all still have active investigations going on against Benedict.

With his new business venture with everything from pianos to violins, will TTM and Benedict be KO’d by the Feds?  This is a very active ongoing story, and we’ll report any new developments when we get them. 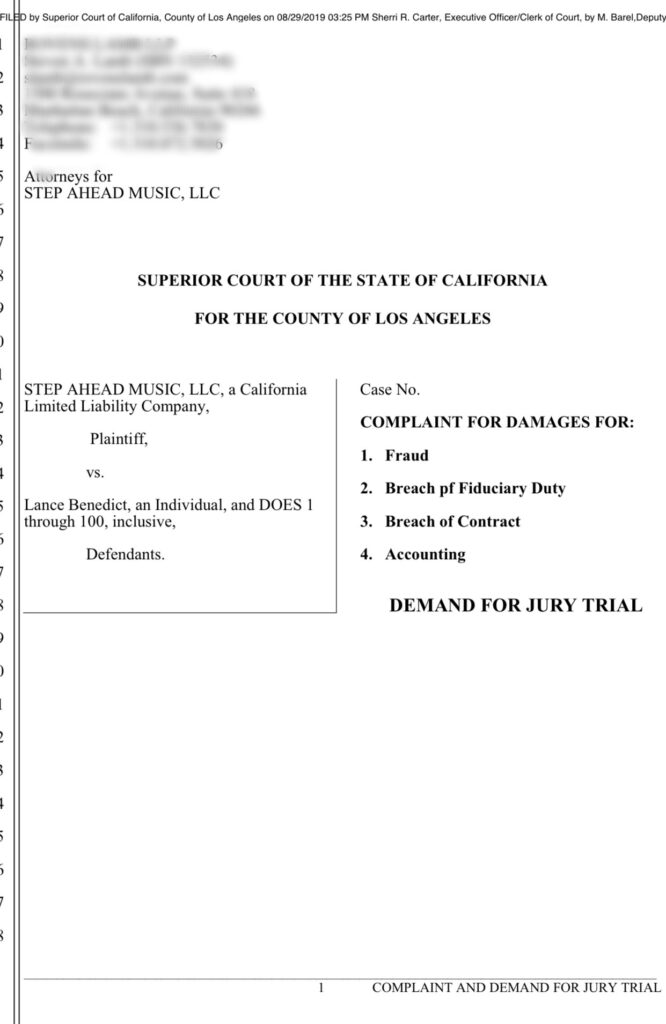 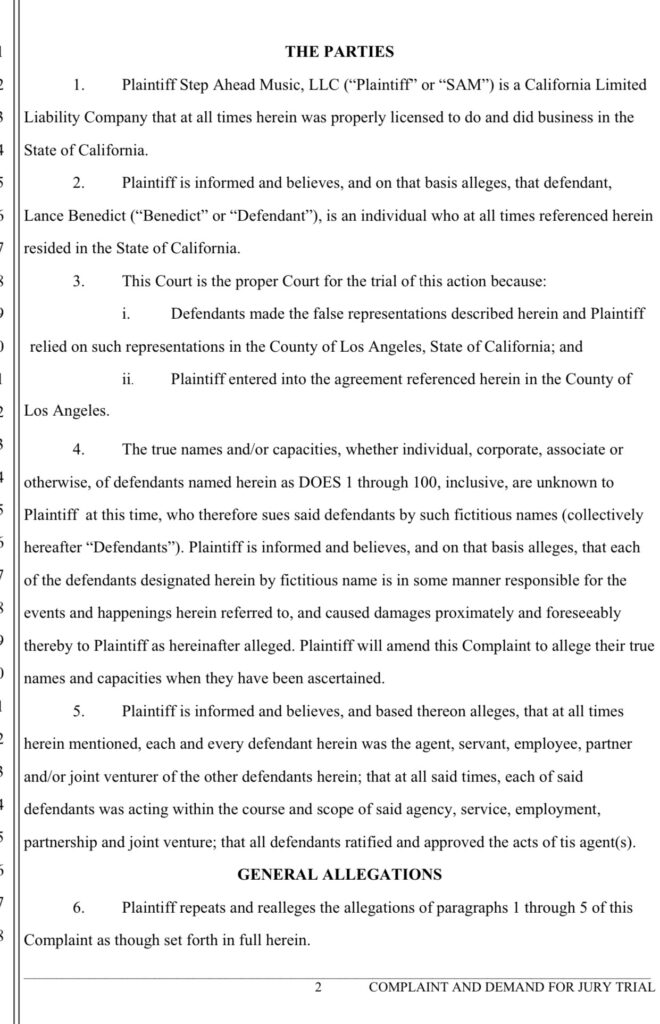 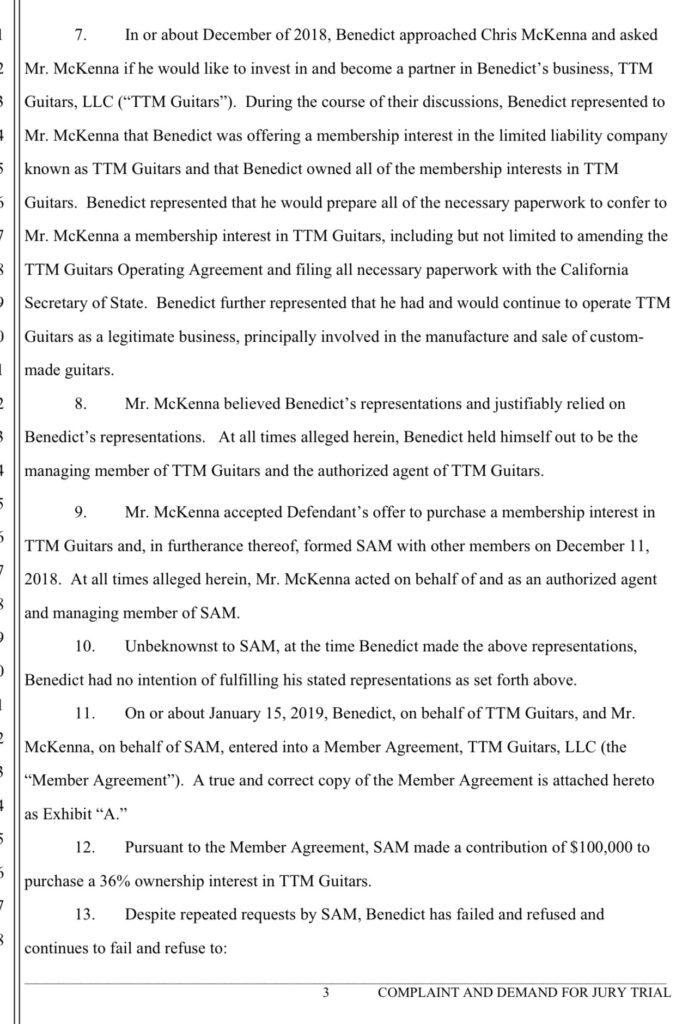 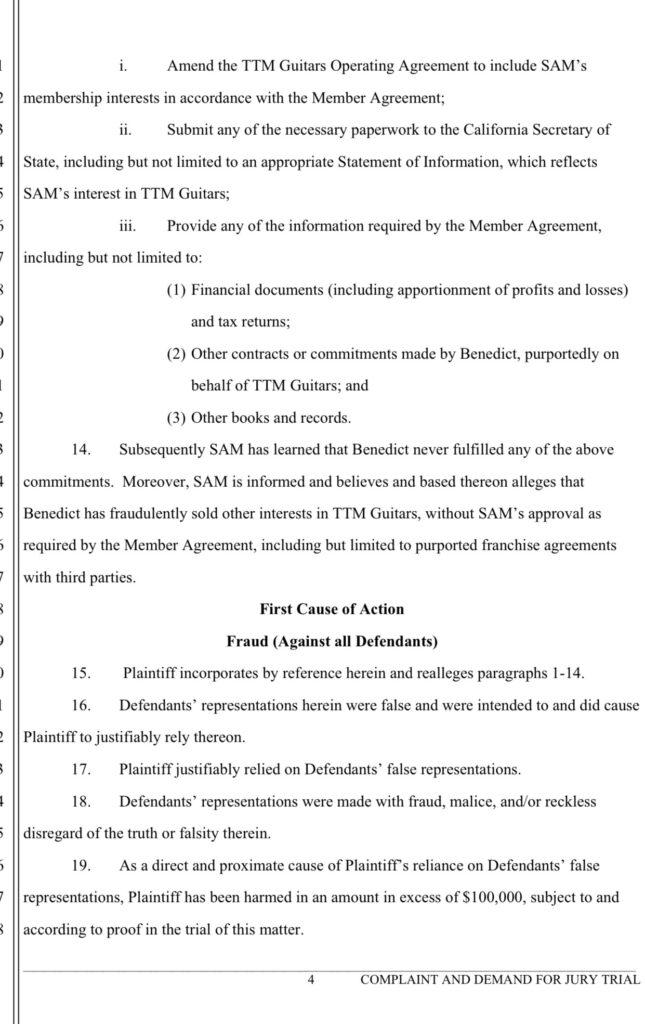 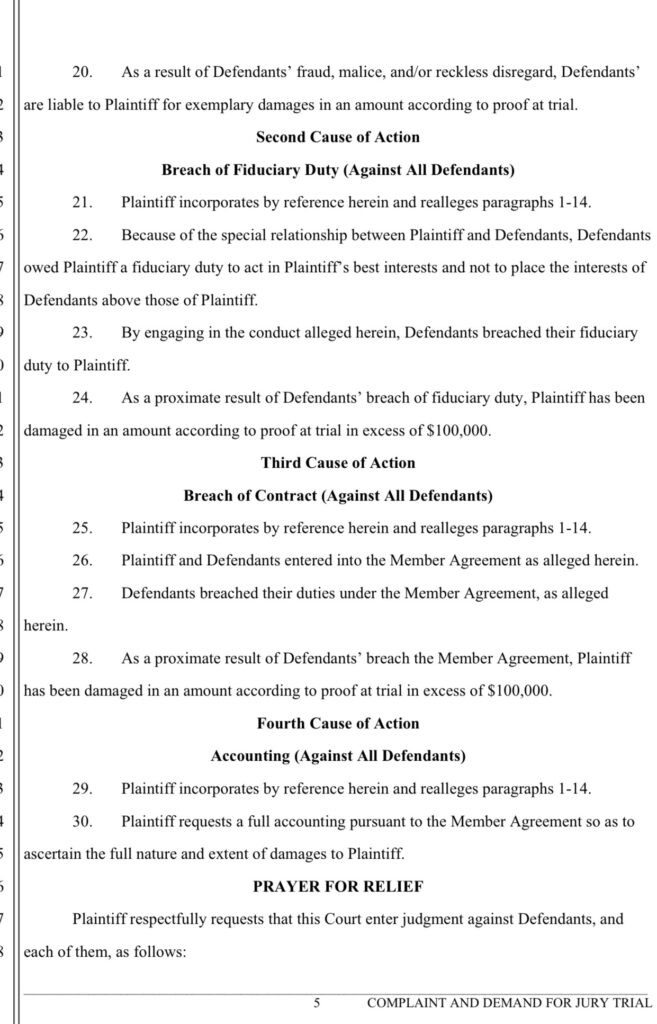 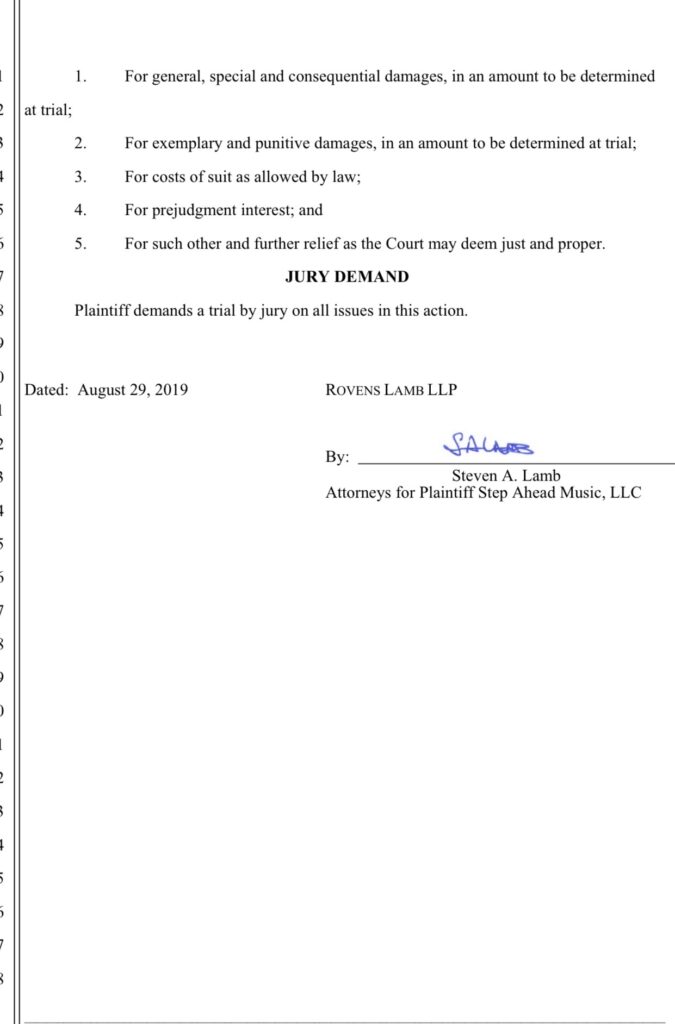 One Reply to “Lance Benedict & TTM Guitars Former Business Partner Suing Him For Over 100K For Fraud, FBI Now Involved”