KRAMER, the original MADE TO ROCK HARD guitar brand has been setting trends with a legacy of premium, performance-focused instruments since it was first launched in 1976. Made for rule-breakers that play fast and loud, KRAMER has been embraced by legendary rockers and shredders like Eddie Van Halen, Vivian Campbell, Richie Sambora, Elliot Easton, and Mick Mars and more during the height of the metal era in the 1980s–a period when it was the most popular guitar brand in the world. KRAMER’s innovative approach and unwavering commitment to performance spans entry-level and intermediate guitars, to professional offerings, across the entire line and continue to make KRAMER instruments the choice of today’s hard rock and metal legends.

New for 2021, KRAMER debuts the new Artist Collection featuring collaborations with Snake Sabo (Baretta), Charlie Parra (Vanguard), and Tracii Guns (Gunstar Voyager), with more collaborations to come throughout the year. From its iconic models and legendary artist collaborations to the Original and Modern Collections, KRAMER is back.

“We leveled-up with our Kramer re-birth and new focus, giving hard rock and heavy metal shredders what they wanted,” says Cesar Gueikian of Gibson. “This is just the beginning for Kramer, we have big plans for the brand’s future, starting with these exciting collections and collaborations plus a few more we will be announcing throughout 2021.” 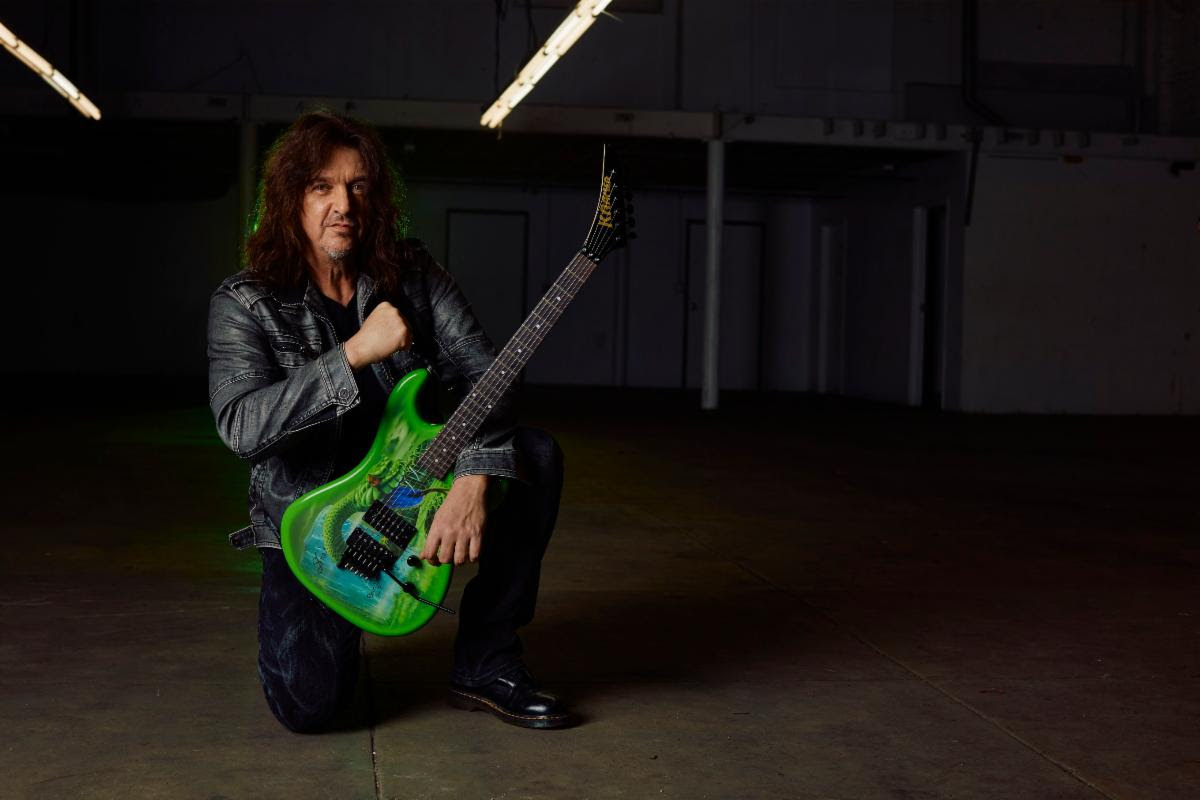 “I’m so proud that the Kramer brand has been resurrected by Gibson and humbled by the fact that they’ve allowed me to be a part of it,” says Snake Sabo. “The Snake Baretta started out as a simple idea 35 years ago and played such a big part in our formative years. Now Kramer has kindly released it as a limited edition. I’m so proud and honored to be part of the Gibson and Kramer family. I hope everyone enjoys this guitar as much as I have since it was first made in 1985.”

The Tracii Guns Gunstar Voyager is ready to rock and marks the first KRAMER signature model for pioneering L.A. Guns guitarist. The Gunstar Voyager features a star-shaped mahogany Voyager body with a black metallic finish and flame graphics, a 3-piece set maple neck with a Slim C profile and a classic KRAMER pointy headstock with a Kramer Pyramid logo on the front and a chrome wrench holder on the back, two Epiphone™ ProBucker™ pickups, each with its own volume control and coil-splitting push / pull switch for broad tonal flexibility, and a Floyd Rose 1000 series tremolo and a top mounted R2 Locking Nut and Chrome string retainer bar. 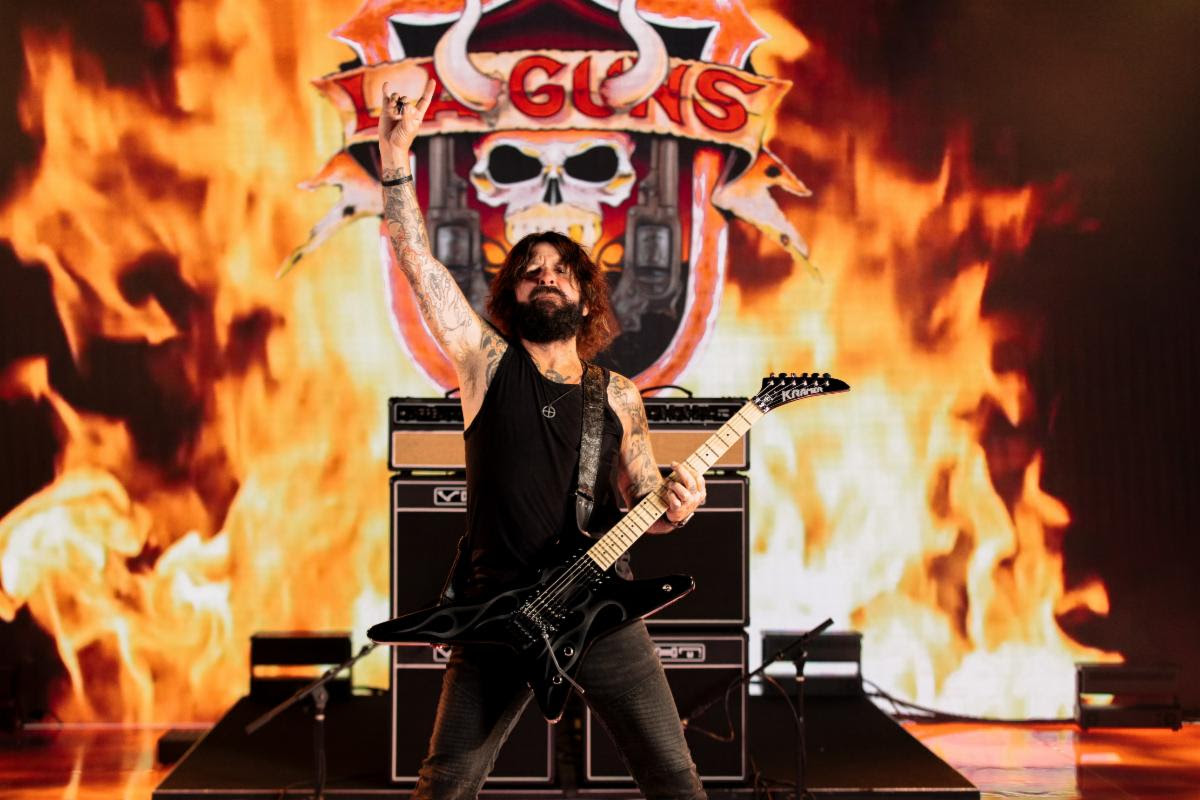 “I play the guitars my heroes play, and those guitars are Gibson’s,” says Tracii Guns from L.A. Guns. “As the future has arrived now, I have designed the ultimate metal guitar with Kramer guitars loudly and proudly called the Kramer Gunstar Voyager for my shredding friends. Made To Metal!!!” 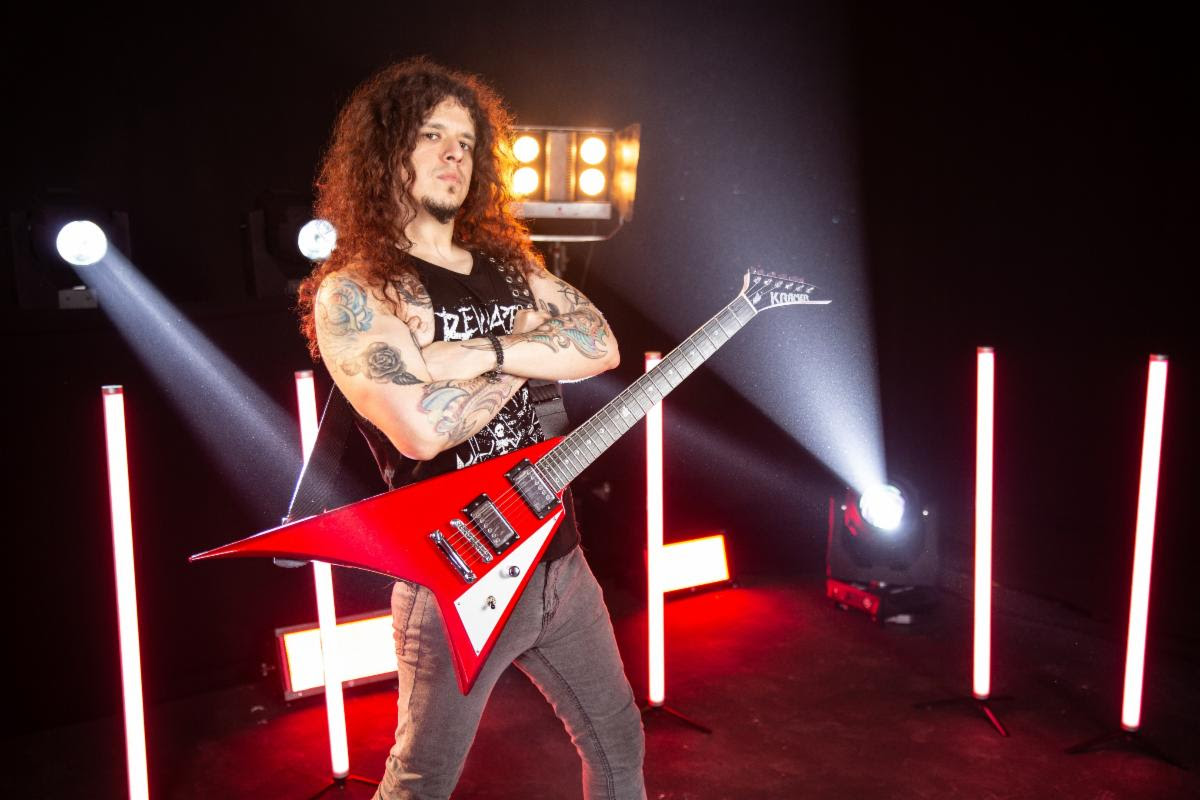 “I’m so humbled and honored to be part of the Gibson family as their first South American signature artist thanks to the comeback of Kramer,” says Charlie Parra. “This limited-edition Kramer Vanguard honors the classic 80s look and vibe with a twist of modern hardware, 24 fret madness and full access cutaway. I hope guitar players everywhere enjoy this instrument that may look tough, and heavy, but plays really smooth!”