“Masquerade Of Madness”, a brand new song from KING DIAMOND, can be streamed below. The track will appear on KING DIAMOND‘s first studio album in 12 years, “The Institute”, which will be released in 2020 via Metal Blade Records.

KING DIAMOND received a Grammy nomination in the “Best Metal Performance” category for the track “Never Ending Hill” off the band’s last album, 2007’s “Give Me Your Soul … Please”.

“Give Me Your Soul … Please” sold 4,500 copies in the United States in its first week of release to debut at position No. 174 on The Billboard 200 chart. 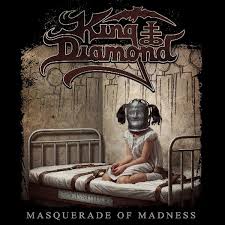