Without music, humanity is far much doomed. Music is our channel to express how we feel without having to hit someone or things. We allow music through the words and beats to hit so hard without feeling the pain but by opening up our true selves.  Joe William Stump had a surprise for the world. Music was his cup of tea as he grew up listening to Yngwie Malmsteen. This would significantly affect him as he plucked his first guitar at the age of 10. With the inspiration of Jimi Hendrix, he continued practicing on the guitar and soon joined Berklee College of Music.

Berklee College of Music exposed Joe stump to classical music which in turn made him a composer and influenced his style of play. He fell in love with the bass guitar and guitar. He finally made it to the big screen in 1988 and as we all say the rest is history. He has managed to release major solo projects such as Guitar Dominance, Night of the Living Shred and Supersonic Shred Machine. With these successful projects, Stump has managed to change the perception of a guitar as an instrument. He has been able to make it possible for us to relate with each beat he makes with the guitar. The emotions conveyed are made aware and definite to the audience every time he plays.

Joe has made significant strides in his career as he has appeared in music magazines and publications. Some of the publications he has appeared in include; Guitar Shop, Guitar School, Young Guitar, Guitar World among others. It is every dream for an artist to appear in such publications as they grow their fan base. He has also made performances with rock legends like his childhood music icon Yngwie Malmsteen, Bon Jovi and Tony MacAlpine among others. We can say that he has achieved all that a guitarist and composer can ask for. But yet he keeps on taking it to the next level.

He currently plays for the Raven Lord, Hollyhell, and Exorcism as the first lead guitarist. He has also managed to be signed by more than one music label. The labels are Lion Music and Magic Circle Music.  With this kind of success on your shoulders, I wonder what you would do to give back to those who made you great. As for Joe Stump, he gives back by spotting talent in the young and making sure that they don’t get consumed by the hunger of worldly pressures. This is what a great icon does. To help, teach more and at the same time introduce fresh style into the music world. 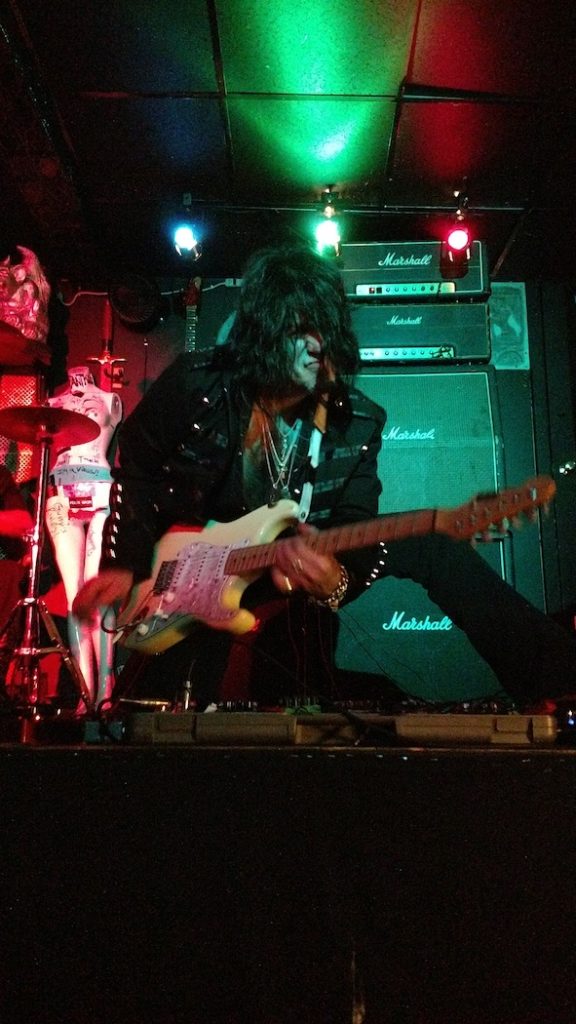 Joe Stump has made it big not by sitting and saying that he can do that or that. He worked for it tirelessly for the past 57 years to only remain relevant but also to be the star he is today. His journey through music is a clear example of how hard work, determination, and focus can lead you to a path of success and push away destruction out of your way. Joe Stump career should serve as a teaching to the young and old that dreams and passion should not be abandoned but watered till they mature.  I spoke to Joe about his new band, Tower of Babel.

How would you describe the new album both musically and lyrically?

JS: The music walks the line between old school hard rock and classic European power metal with healthy doses of each heard throughout the record.   As with everything I do it`s a product of the combination of all my influences, in this case, the primary and most obvious one being Ritchie Blackmore and his work with Rainbow and Deep Purple. Anybody familiar with my stuff knows`s both Blackmore, and Yngwie Malmsteen are my two biggest influences and you can, of course, Yngwie `s influence in there as well,  as there`s some tracks on the record reminiscent of the early Rising Force stuff.  I`m also a huge fan of the old Michael Schenker group stuff as well as the first batch of Scorpions records with Uli Jon Roth so that can hear in there as well. I also love Rata Blanca from Argentina and Walter Giardino`s songwriting and guitar work, we come from the same school of playing and share a lot of the same influences.

What was your goal with making this album?

JS: After my last solo /all instrumental record I wanted to make a more band/song oriented record with vocals, don`t get me wrong it`s still very guitar driven. But overall a nice mix of killer guitar work showcased inside the melodic classic hard rock and metal tunes. Also with this record, I was leaning more so in the traditional hard rock direction and less in the metal vein.

Any particular influences towards lyrics or music subject?

JS: Myself and vocalist Csaba Zvekan work and write well together and we`re both massive fans of the classic Dio era Rainbow period. So kind of our modern take on that and the type of partnership that both Dio and Blackmore had about their approach to composing together.  It’s not too deep conceptually going just channeling my influences and combining my guitar work inside very musical and listenable classic hard rock and metal tunes. I wanted it to appeal to my core fanbase who of course buy my records to hear me play guitar but also to fans of classic hard rock and European power metal as well.

How does this differ from previous releases?

JS:  Well my last several records were solo all instrumental versions so as I mentioned previously I felt it was time to do a more band oriented type of thing and I wanted to do something brand new not just a rehash of my previous band Joe Stump`s Reign Of Terror.

What have the new members brought to the band?

All excellent players and they all did a killer job on the record. Their approach to the music and execution of their parts on the tracks was spot on. Drummer Mark Cross is a powerhouse and drives the band; Maestro Mistheria added a great old school touch with his playing and keyboard orchestrations and textures that enhance the tracks. Nicola Angileri is a monster bass player, and he does some very cool unison lines with me throughout the record he also has an excellent sense of time and provides a strong foundation. Csaba Zvekan brought to tunes up to another level both melodically and lyrically. His voice is compelling and suits the music perfectly.
Tower of Babel is: