Herman Li and DragonForce rocked The Beacham last night in Orlando.  DragonForce is on the last leg of their tour in support of their latest album, Reaching into Infinity. 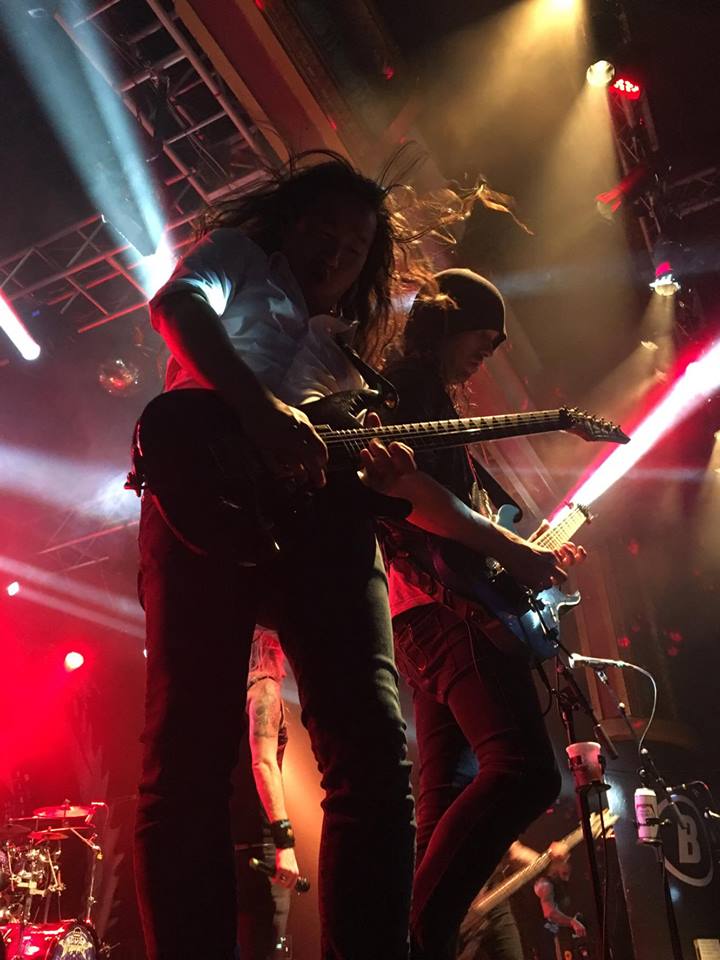 DragonForce has been driving up the power metal real estate market for over a decade.  You love them or hate them, but you know them; their unique guitar solos’ sound is recognized by all and has earned guitarists Sam Totman and Herman Li much-coveted places in the shrine of shred. 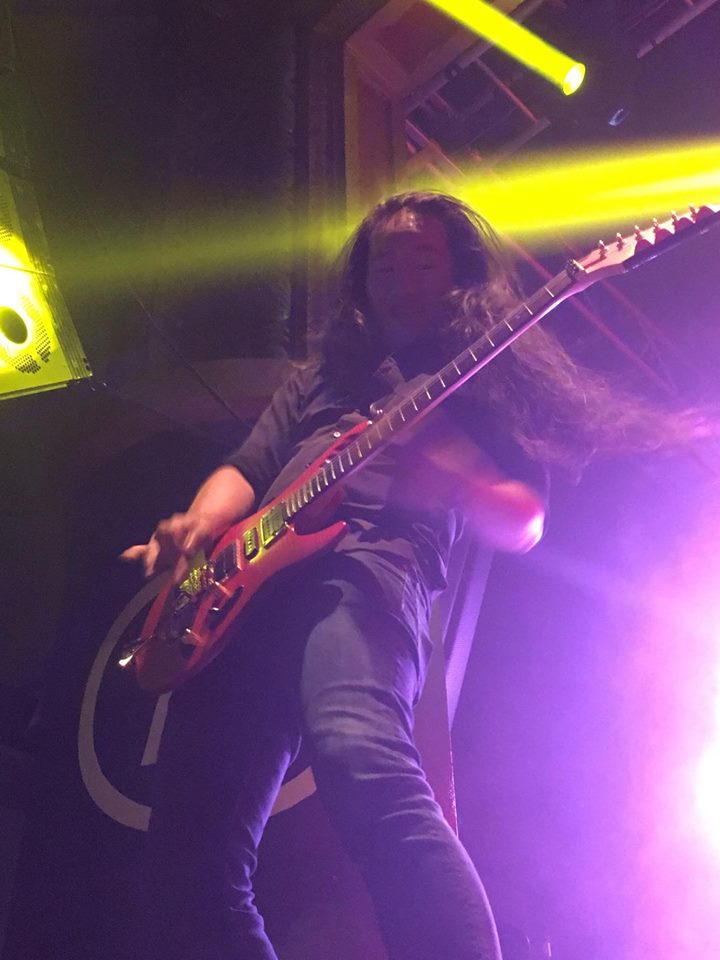 In 2011, from the ashes of ex-vocalist ZP Theart’s legacy rose Marc Hudson and DragonForce was reborn with a new voice.  Reaching Into Infinity is Hudson’s 3rd album with the band, and the quality of what they put out with the singer has been consistent since The Power Within, his first contribution. Reaching Into Infinity is also the band’s first studio album with their new drummer, Gee Anzalone, who is doing a stellar job at keeping the band tight and at top speed. 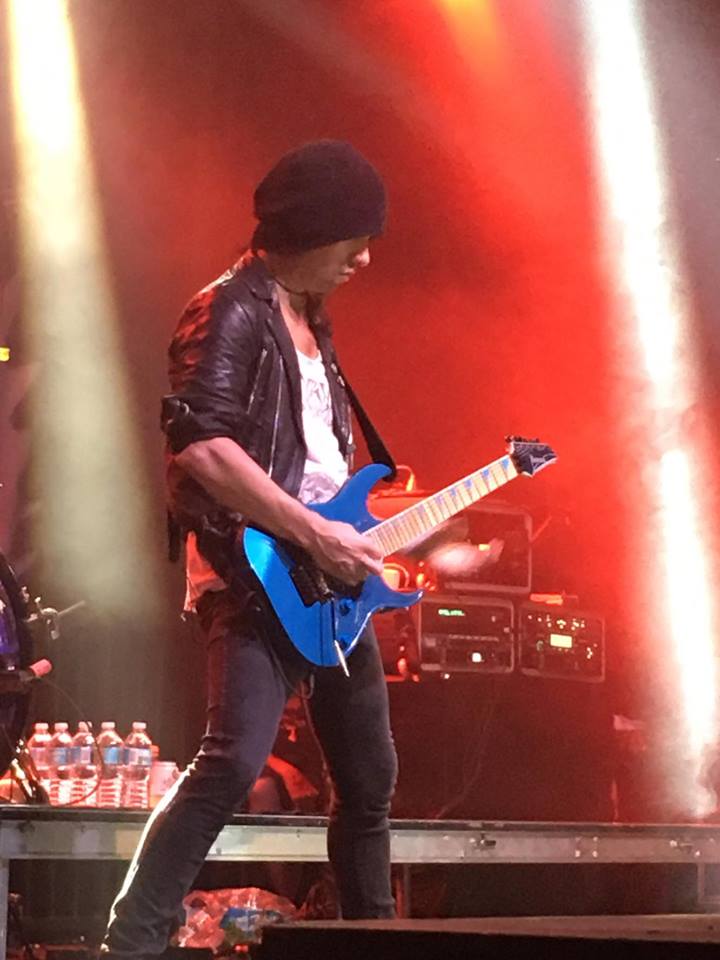 This new record, Reaching Into Infinity,  storms in with epic anthems typical of DragonForce, but also a few surprising elements, which makes it well worth a listen for hardened old schoolers who so far found no room for the English band in their hearts.

Their show was no different.  You have five musicians that put on a high energy, highly interactive show with their fans that lasted about an hour and forty-five minutes, 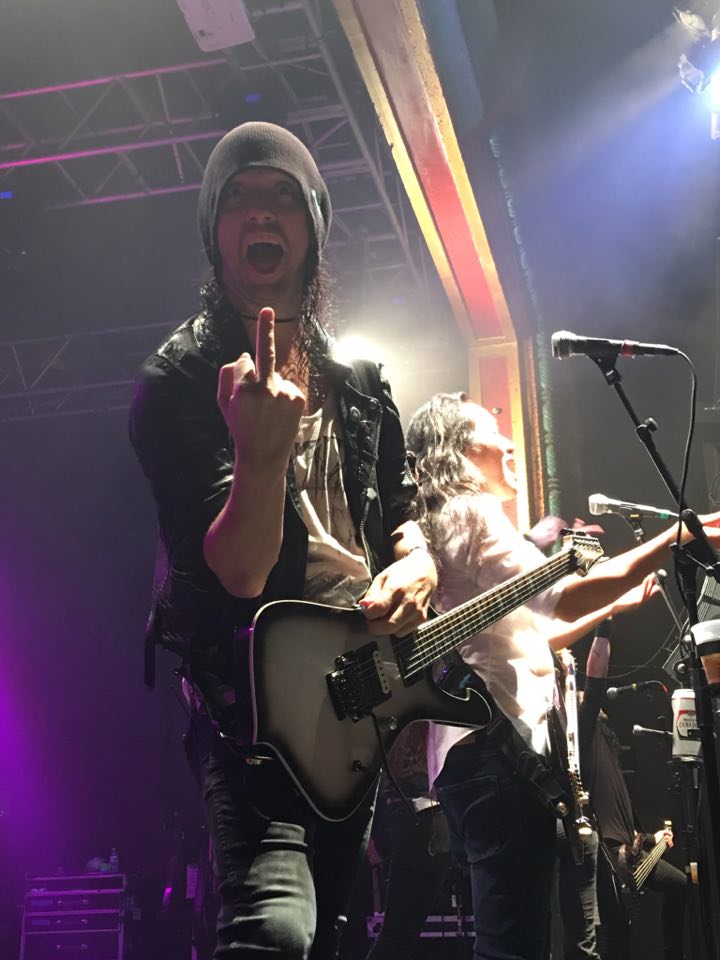 The dual guitar attack of Herman Li and Sam Totman are one of the best in the business.  They proved it last night.

This band has a legacy to uphold, and with every album comes the challenge of outdoing themselves and keeping ravenous fans satisfied. Their talent is undeniable – their spirit apparently unbreakable. Yet again they proved their worth and showed that no matter what you throw at DragonForce, through the fire and the flames they’ll carry on.