Introduced to the label by the one and only Jeff Scott Soto, ANIMAL DRIVE immediately impressed the label’s executives thanks to the singer, Dino Jelusic who had an incredibly commanding presence befitting of the enormous hard rock songs that were being performed.

Hailing from Zagreb, Croatia, ANIMAL DRIVE was formed in 2012 by Jelusic, who is the primary songwriter and driving force behind the band’s sound. Dino was chosen by the late, great Paul O’Neill to tour as a featured vocalist on Trans-Siberian Orchestra’s most recent U.S. tour, which is how he crossed paths with Soto and which would ultimately lead to them becoming labelmates. 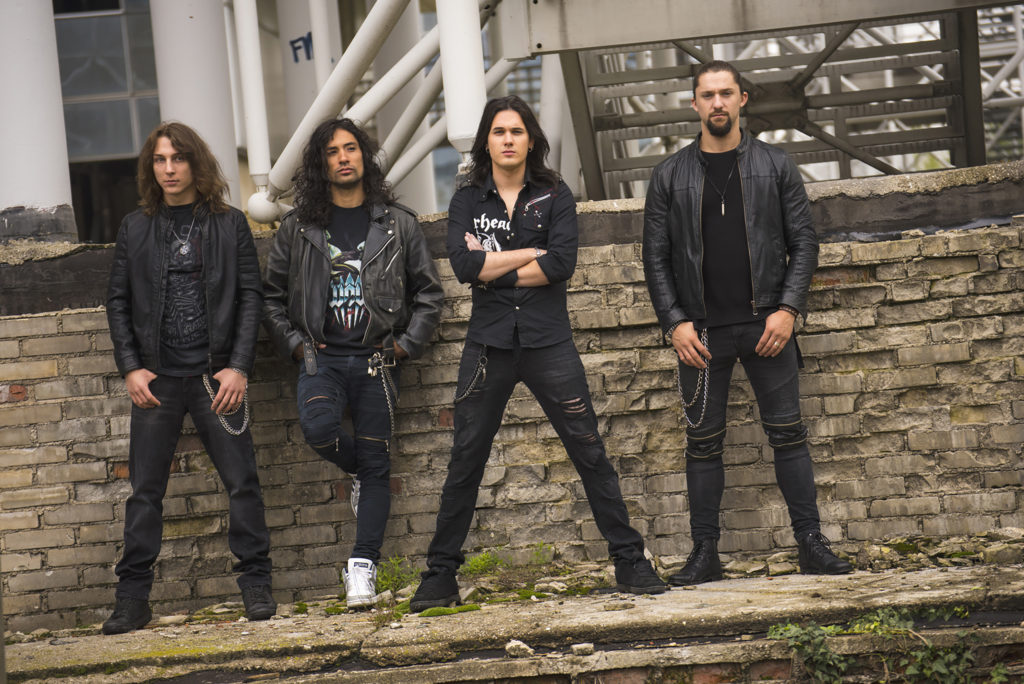 ANIMAL DRIVE’s line-up is completed by guitarist Ivan Keller, Roko Rokindja Nikolic on bass, and Adrian Boric on drums. Influenced by legendary bands such as Skid Row (think “Slave to the Grind” era), Whitesnake at their heaviest and with a little progressive rock and metal elements from Dream Theater thrown in the mix, Animal Drive takes their listeners on a wild ride of hard rock bombast. “Bite” will be available on February 23, 2018.

Tower Of Lies (I Walk Alone)

Lights Of The Damned