Lyricist, composer, music producer and expert par excellence when it comes to playing the whammy bars, Anders Allhage aka Andy LaRocque is known for his enduring affiliation with King Diamond and his soulful songs and harmonious melodies.

Having kick-started his music métier with Swedish Beauty, the favorite Swedish hard rock band that later changed its name to Swedish Erotica, Andy LaRocque then paired up with the former members of Mercyful Fate, for ‘Individual Death Pattern’ by Death and ‘Evilution’ by IllWill.

Since then to date, he has been a part of many critically acclaimed albums and musical feats that bagged tremendous applause and numerous awards from music maestros across the globe.

Andy LaRocque possesses immense knowledge about the most fundamental and the most intricate music conventions. But, rather than following the contemporary rigging trends of his era, he utilized the treasure trove of his knowledge to blend, complement and evolve his signature style that speaks for the most excellent aesthetics and skillful improvisation. 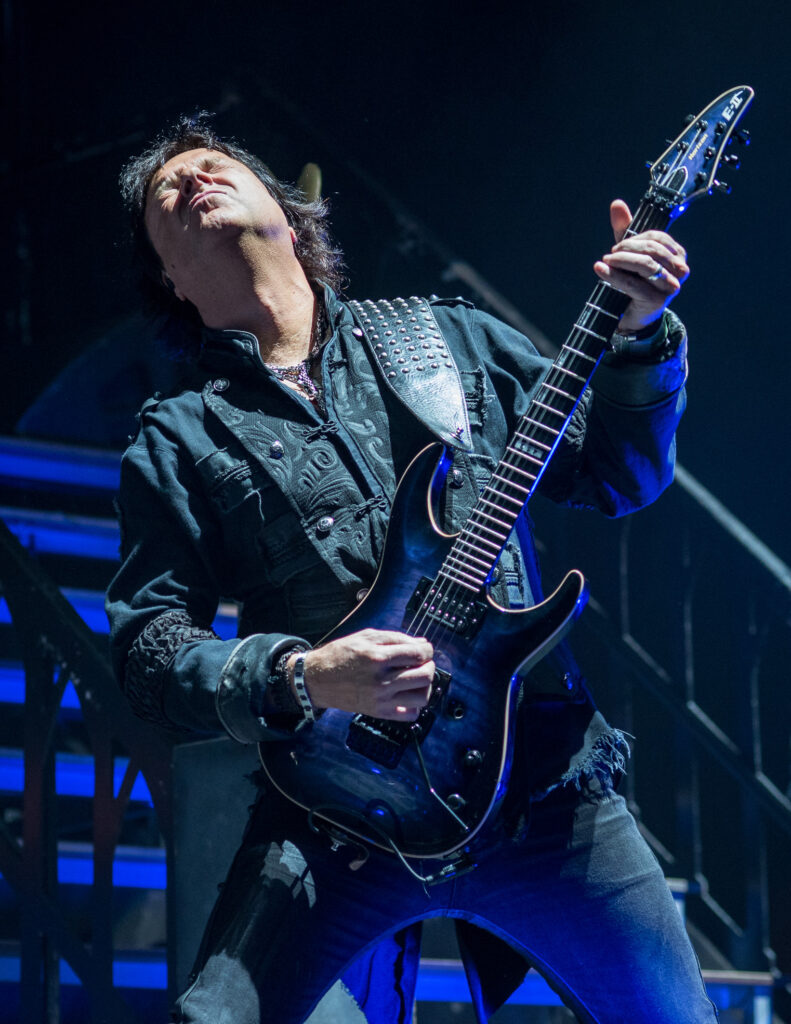 Andy LaRocque’s style of playing the guitar is an exquisite amalgam of neoclassical elements, harmonized with a tinge of modern blue scales and melodic minors, with slight traces of metal and rock and thus creating one masterpiece of style that is a positive depiction of his sheer brilliance and mastery to a core.

However, despite following his unique style, he admits having drawn inspiration and influence from Michael Schenker, Yngwie Malmsteen, and Randy Rhoads.

Currently, he has his hands well set on the Seymour Duncan Pickups, for regular practices and tuning, Line 6 HD 100 MK II for live amps, and a pair of old classic, vintage 4×12 cabs with Celestion Vintage 30 speakers for cabs. He can be found experimenting with instruments and chords in his studio named ‘Los Angered Recordings‘ which he established in Angered Sweden, in 1995. Andy moved the studio to Varberg and renamed the studio to ‘Sonic Train Studios’ where he produces bands as of this date.

We welcome Andy to the All That Shreds Magazine’s Hall of Fame!