His name might not resonate immediately but this prolific artist has over the last 30 years shaped the music we hear as guitarist, songwriter, and composer.

Steve Stevens partnership for 30 years with Billy Idol is what sets him apart in the music industry.  Three decades of touring, composing and songwriting with one artist is unusual in the industry.   The collaboration saw him co-writing and playing with Billy Idol “Rebel Yell”, “Eyes Without a Face” and “Flesh for Fantasy”.   Their collaboration continues with World Tours and playing Las Vegas at the Mandalay Bay Resort and Casino in 2016.

You might be wondering how does that make Steve Stevens prolific.  While collaborating, and playing with Billy Idol he also won a Grammy for his performance on the soundtrack for Top Gun: the 80’s movie that catapulted Tom Cruise to fame.   Movie soundtracks that he performed on include two of Keanu Reeves big movies “Matrix Reloaded”, “Speed”.  Others include “Big”, “Coyote Ugly”, “Look Who’s Talking Too”, “The Upside of Anger”, “Ace Venture: Pet Detective” and “The Wedding Singer” which also featured Billy Idol playing himself as a passenger on a plane.   Stevens also worked with Michael Jackson on “Dirty Diana.”

Stevens has also added his awesome guitar skills to other artists hit records that include Diana Ross “Eaten Alive”, Joni Mitchell “Chalk Mark in a Rainstorm”, Robert Palmer “Don’t Explain”, Steve Lukather of Toto fame “Lukather”, Kyosuke Himuro “Beat Haze Odyssey” to name but a few.  In 2014 Stevens was composing and playing with Sebastian Bach, as well as touring with Billy Idol and Kings of Chaos.

What is interesting is that the range of music he’s performed varies from heavy metal of Sebastian Bach to rock to the blues of Joni Mitchell and Diana Ross.

Stevens is married to model, TV personality, stylist Josie Stevens who bravely starred in the 2010 reality show “Married to Rock” which took an in-depth look at life on and off the road of a rock guitar legend.

Knaggs Guitars collaborated with Stevens to create two signature guitars, with the second one, the SSII being released in January 2015.  He is one of many ambassadors of the brand that includes: Billy Morrison, Frederico Navarro, Koji, Larry Mitchell and Jeff Washington. 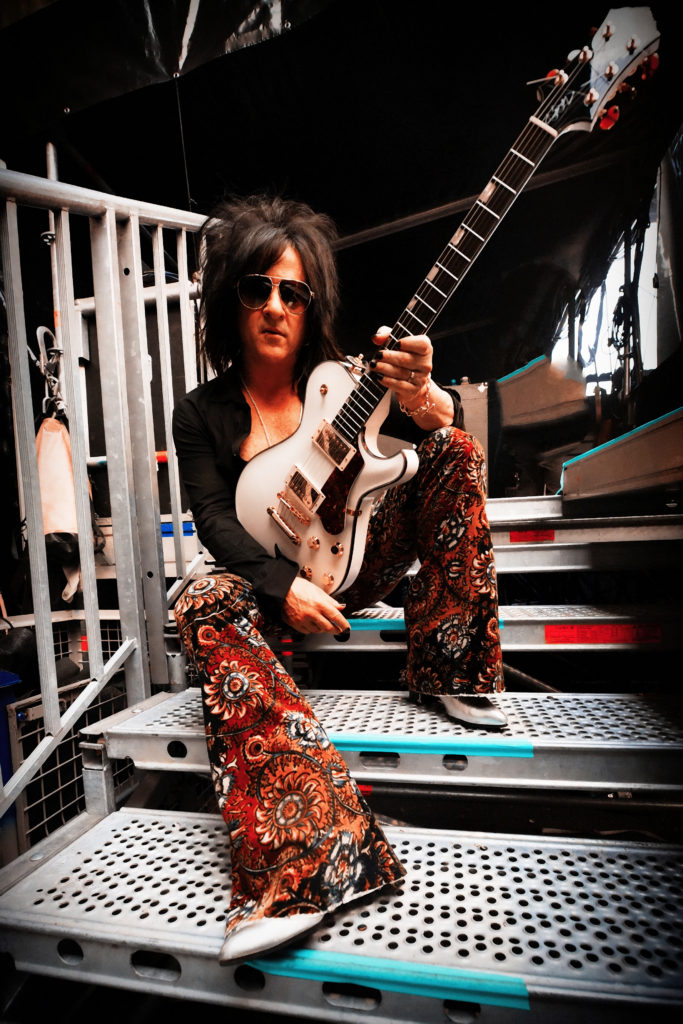 Steve continues to tour with Billy Idol and dazzle fans worldwide with his superior playing.  Why Steve hasn’t been invited to participate in events like the G3 tour is a million dollar mystery.  All That Shreds Magazine is proud to have Steve Stevens in our Hall of Fame!