The ‘Live In Studio’ performance was filmed & tracked at Thiago Bianchi’s Fusao Studios in Cotia, Brazil while Mike was on tour in South America performing with Sonic Stomp & Noturnall. The DVD was mixed & mastered by Mike Orlando at his own Sonic Stomp Studios & filmed by Foggy Filmes Inc. The 13 tracks showcase the collaboration of the Adrenaline Mob guitarist alongside some of Brazil’s finest musicians in Priester, Carelli, and Quesada. 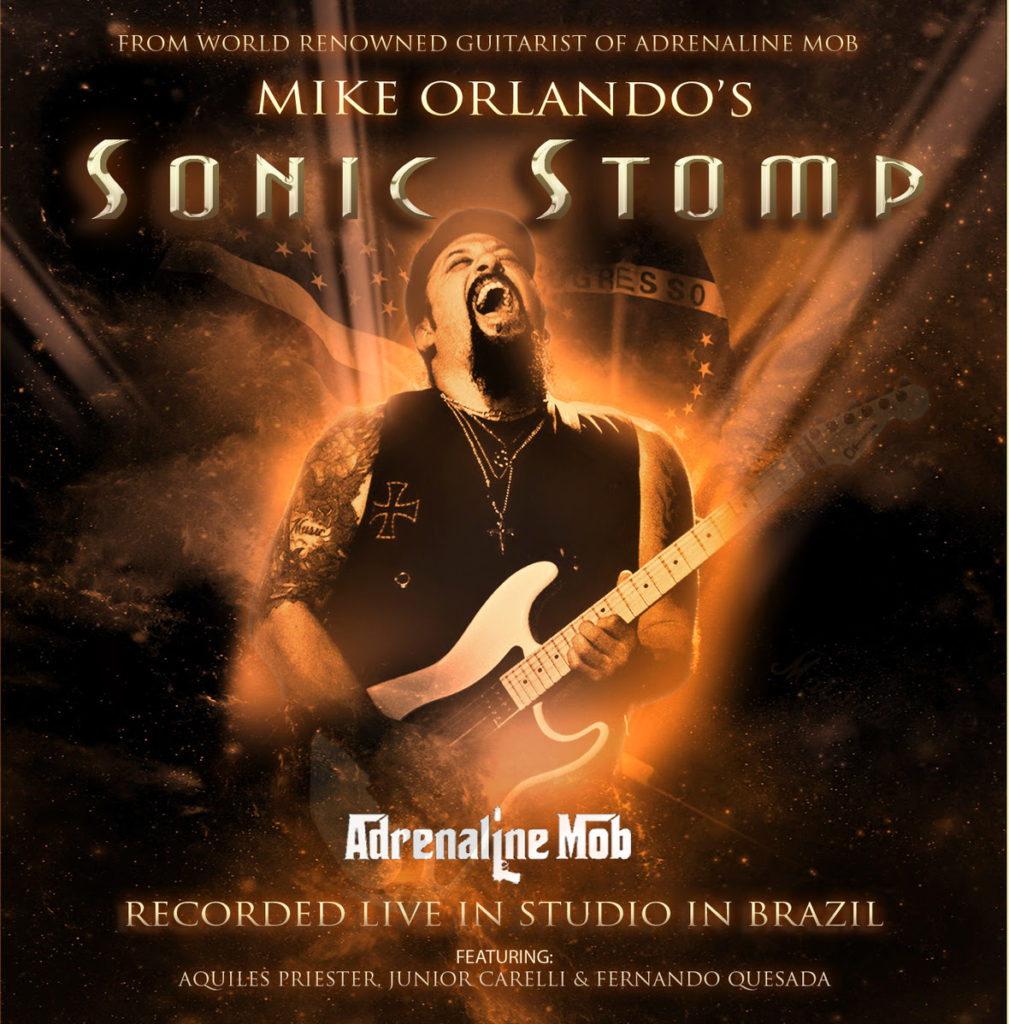 Sonic Stomp can be ordered worldwide at Shredneck Store

There is also a double DVD/CD being released in Japan on King Records on January 23rd! This special edition also includes a brand new bonus track off Mike’s upcoming Sonic Stomp III release which is slated for an end of 2019 release!